Although I don’t have a tracking mount for astrophotography, I thought I’d try to image Comet C/2014 Q2 Lovejoy near its peak brightness, to see if I could pull out any detail in the tail by stacking multiple short exposures in DeepSkyStacker. 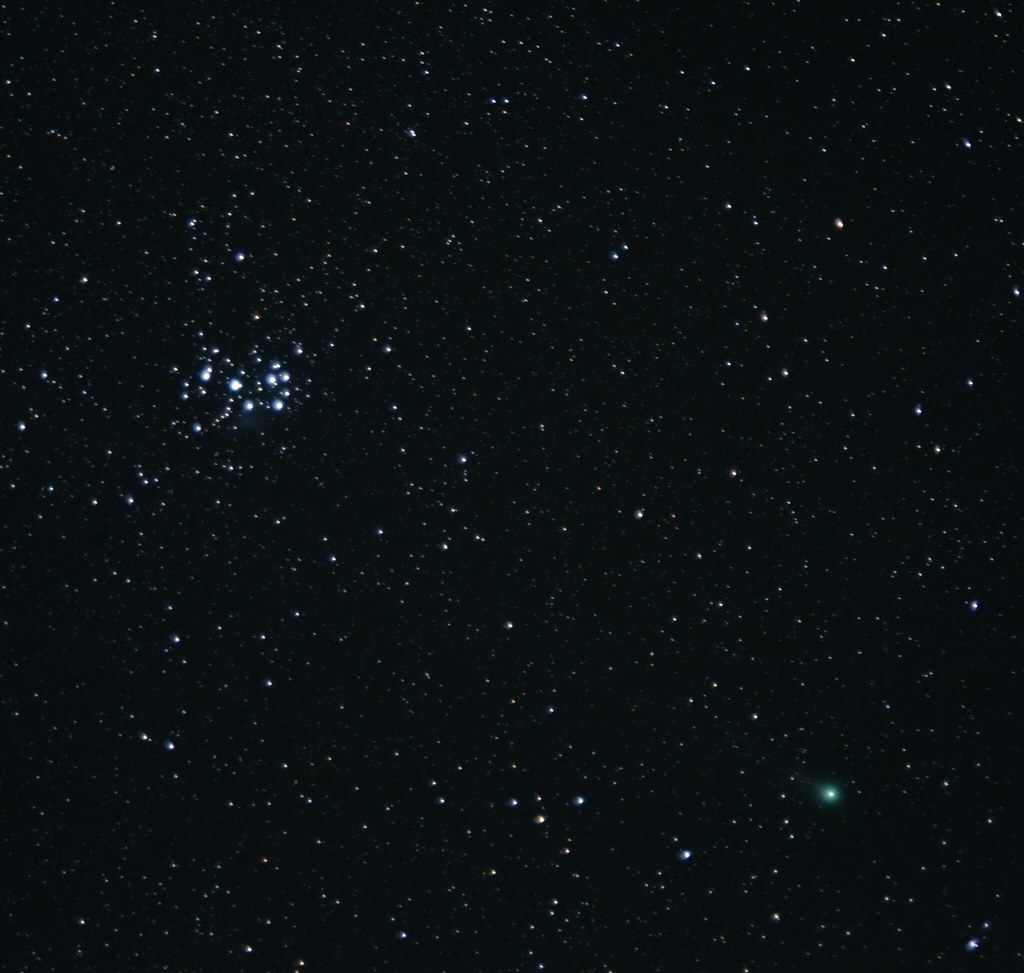 The following night, the tail appeared to be slightly brighter and I was able to capture a bit more detail. 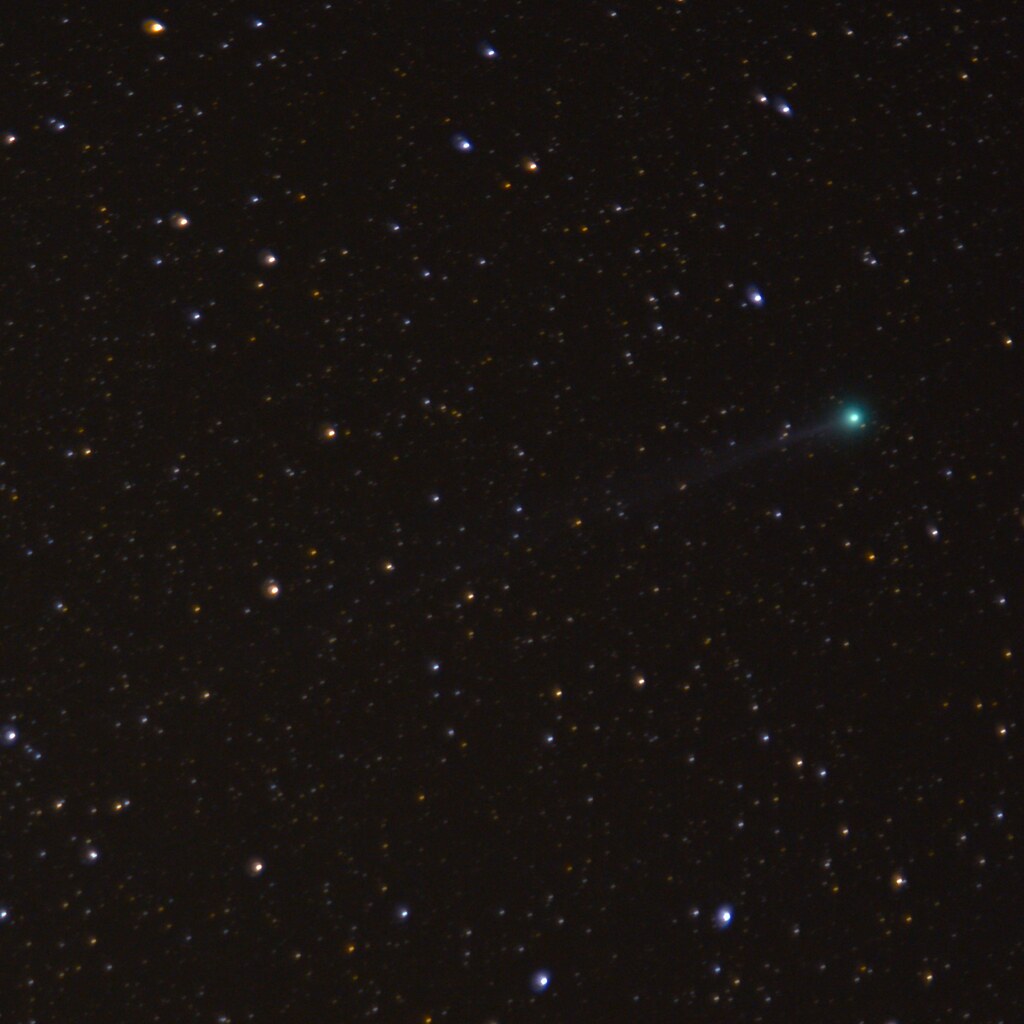